The End Of An Era? Not A Chance.

What can we say about the Ferrari 488 that hasn’t already been said by the throngs of automotive journalists and legions of fans alike. This creation, born of the ashes of another masterpiece, builds on the notion that perfection is an ever-moving target that is only achieved in a fleeting moment. There are few brands in the world that have the pedigree, instant recognition, and drama of the prancing horse. That, my fellow enthusiasts, is absolutely by design and is part of what makes a Ferrari, well, a Ferrari.

At Xtreme Xperience, we are proud to call the Ferrari 488 GTB part of our fleet of supercars and we think this monster from Maranello deserves a deep dive into what makes it such a spectacular machine:

So, are you a certified part of the Scuderia Ferrari Tifosi? By the time you’re done with this article, we think you will be and lucky for you, you can come drive this piece of automotive perfection at a track near you with Xtreme Xperience.

Pardon us while we geek out here for just a second.

Yes, we love turbochargers, superchargers, and all sorts of wonderful things that make cars go faster. But, and this is a BIG “but”, there is simply nothing like the wail of a naturally aspirated engine screaming to redline. Of all the engines ever produced by Ferrari, the powerplant in the predecessor to the 488 (the 458) is one of the greatest engines ever produced, by anyone. Period. Yes, the F136 engine in the 458 is a masterpiece of natural aspiration that is about as close to a Formula 1 engine as any production engine ever could be. 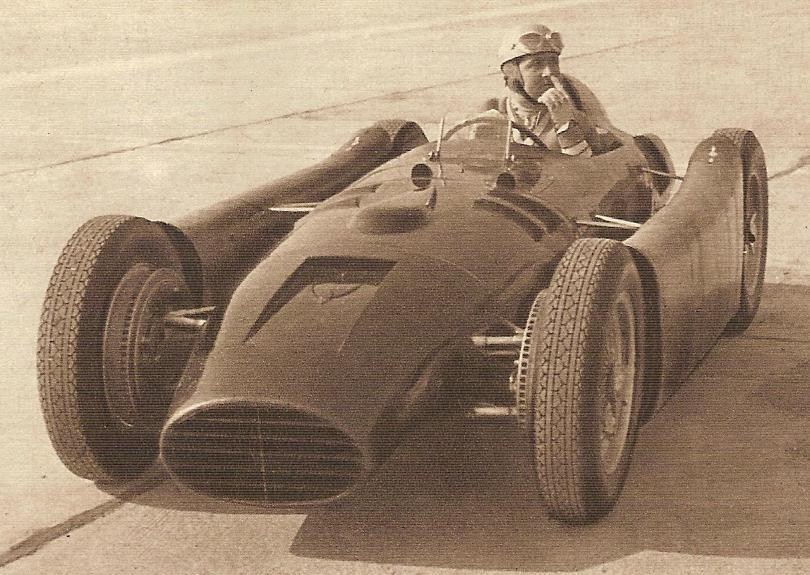 In fact, the legacy of Ferrari’s naturally aspirated V8 goes all the way back to 1955. In the absolute heyday of Formula 1 racing, the Ferrari D50 Race Car (co-engineered with Lancia, who was bought by Ferrari in 1955) was running a stunning 2.4L V8 producing 260 HP, weighing a scant 1387 pounds. Ferrari built on the success of the D50, modifying this original design into something that is a bit of a legend in its own right: the Dino V8.

The Dino V8 would originally start as a version of the Dino V6 with two additional cylinders added on but would go on to serve as the platform for Ferrari sports cars from 1973 to 2004. Yes, you read that right. For over 30 years, Ferrari would perfect the original Dino V8 design over the years by adding in such things as fuel injection, 5 valves per cylinder, and increases in displacement from 2.9L in 1974, up to 3.6L in 2004. This engine would serve in legendary models like the 204, 308, 355, and 360 Modena.

By 2004, the Dino was at its maximum and Ferrari needed a new platform to continue its development of their V8 engine family and that new entry is the F136. The F136 was first seen in the legendary F430, producing up to 503 HP from 4.3 liters of displacement. Its swan song was the Ferrari 458 version of the F136 which produced up to 603 horsepower in 458 Speciale A. Yes, you read that right, that is 603 horsepower from a V8 with no turbocharger and no supercharger.

When it comes time for V8’s – can you get any better than that? Turns out, Ferrari has the answer and it’s called the 488. 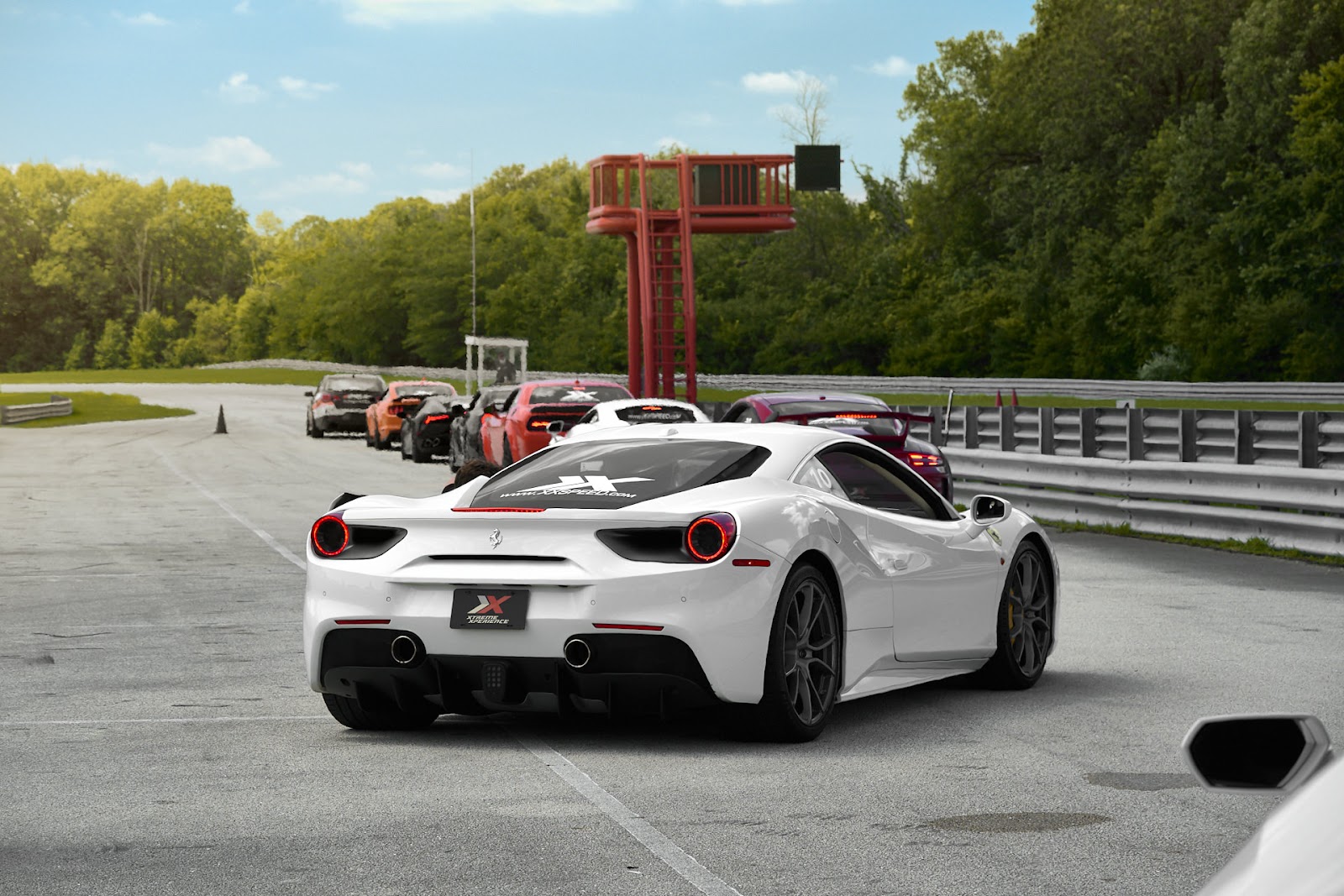 The Evolution Of The 488

When Ferrari took the wraps off the 488 in 2014, the world was stunned to see one bit of technology resting under that rear glass. Turbochargers. Not since the insane F40 had Ferrari installed turbochargers in the engine bay of a Ferrari and yet here they were in their flagship mid-engined monster. Immediately, skeptical journalists, writers, and enthusiasts alike began to lambast Ferrari for moving away from their legendary naturally-aspirated designs that had made the brand quite famous. For Ferrari faithful, selling the idea of a turbocharger being a good idea was simply not going to be easy.

The 488 GTB had more in common with a Formula 1 car than perhaps any other Ferrari road car before it and that was precisely the problem for many enthusiasts. 2014 marked a radical new era of Formula 1; the Hybrid era. 90 degree V6 engines were huffed by turbochargers and augmented by a hybrid battery system that made them the fastest F1 cars to date. So why was this era of Formula 1 car so hated by fans? The beloved passionate shriek of the naturally aspirated V8’s was gone, with the sound of the turbocharged V6 a wailing reminder of the uncomfortable new reality.

Believe it or not, this same shade was thrown at the 488 and Ferrari had to convince their customers that turbocharging was indeed the future. Critics and armchair race car drivers alike were quickly silenced as soon as this Ferrari fired up, hit the track, and put every ounce of doubt to rest. 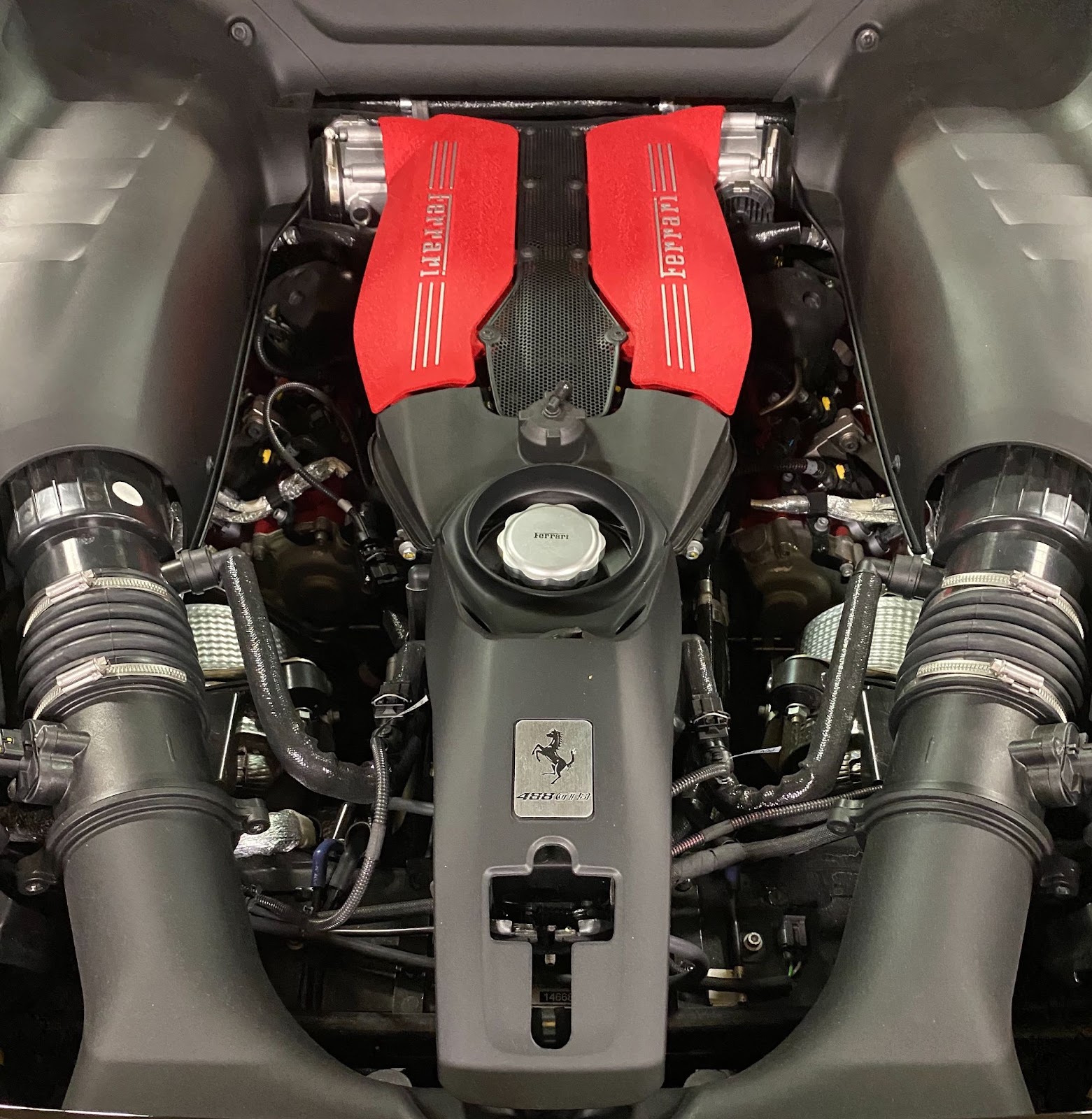 The F154 Engine in the 488 GTB produces an astonishing 660 horsepower with the assistance of a twin-scroll turbocharger (more on this in a second) pushing out through a Ferrari-designed, Getrag 7 speed dual-clutch gearbox. Remember that sound we were talking about earlier? Ferrari engineers developed a series of air inlet tubes to maximize the sound characteristics of the F154 engine, right into the soul of the driver.

This harmonic resonance dance is specifically designed to make the 488 FEEL fast. Well, guess, what? Not only does it sound fast, but it is fast. Damn fast. 0 – 60 happens in 2.9 seconds, as this machine positively catapults to 205 mph. The twin scroll turbocharger is designed to provide maximum thrust, throughout the rev range. Down low or up – high, this thing screams.

Sure, the straight-line speed of the Ferrari is stunning but where it really shines is when the track gets a bit curvy. Remember that Formula 1 heritage we keep bandying on about? Well, here it pays dividends. Ferrari designed the 488 to have a staggering 50% more downforce than the 458 it replaced with a stunning 716 pounds generated at 155 MPH. More Formula 1 tech made its way into the 488 via the carbon-ceramic brakes that are built to take the insane abuse of the track with ease. They’ve even baked in a trick torque management system that modifies boost pressure and other metrics to maximize real driveability through all 7 speeds.

We could talk about this car for days because there is so much to love here. The 488 will undoubtedly go down as one of the greatest Ferrari products and we are so unbelievably lucky to have one in our fleet. 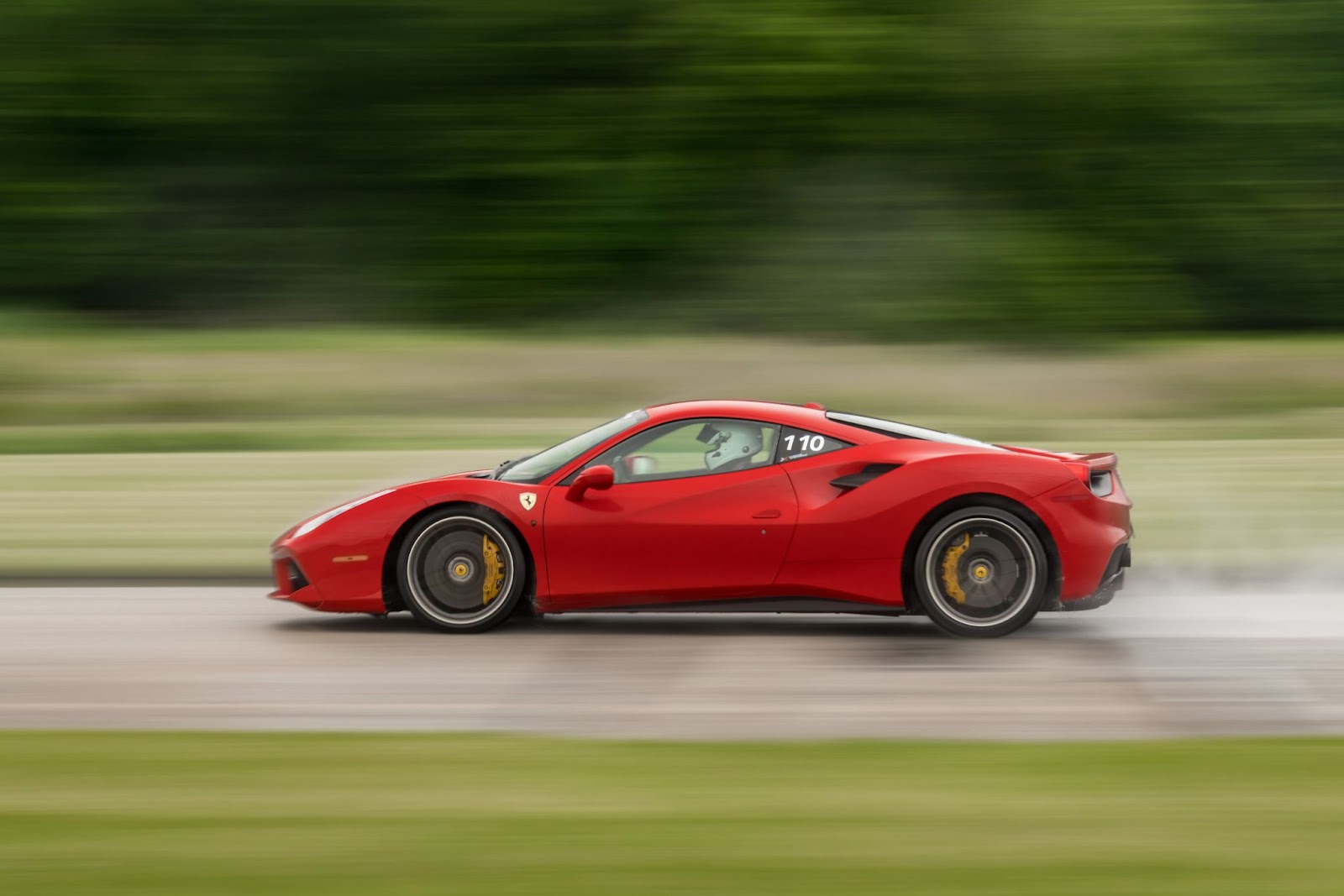 Come Live Your Dream With US

There’s just no way to put this. The 488 is one of the most visceral and intense cars in our entire fleet.  When you stand on the throttle of the Ferrari 488 GTB,  your whole perception of speed will be drastically altered. The raw feel of the 488 will make your heart skip a few beats and have you screaming louder than the turbocharged V8 that’s just over your shoulder as you rocket your way to triple-digit speeds. At Xtreme Xperience, we think living on the edge is the only way to go and the 488 is the perfect way to do it. Let our professional instructors show you why we are the premier supercar experience in the nation and make you part of the tifosi.