Although the Nissan GT-R may be one of the oldest vehicle designs in the pantheon of supercars, just like Godzilla, it’s still an absolute force of nature that demands respect. Its design is so good, so well executed, that its brutal launch sequence, locked to the ground handling, and huge twin-turbo V-6 still send shivers up the spine of car enthusiasts everywhere we take it. This miraculous vehicle took a concept already perfected by Nissan (The Skyline GT-R) and added in a whack of computer-controlled mania for the ultimate in control, and on the edge craziness. All for a price that’s way, way less than your typical supercar.

Today, we’re going to cover the Nissan GT-R and show you why this incredible vehicle is still king of the monsters:

Think you’re ready to conquer the beast from Tochigi? Let’s get into it! 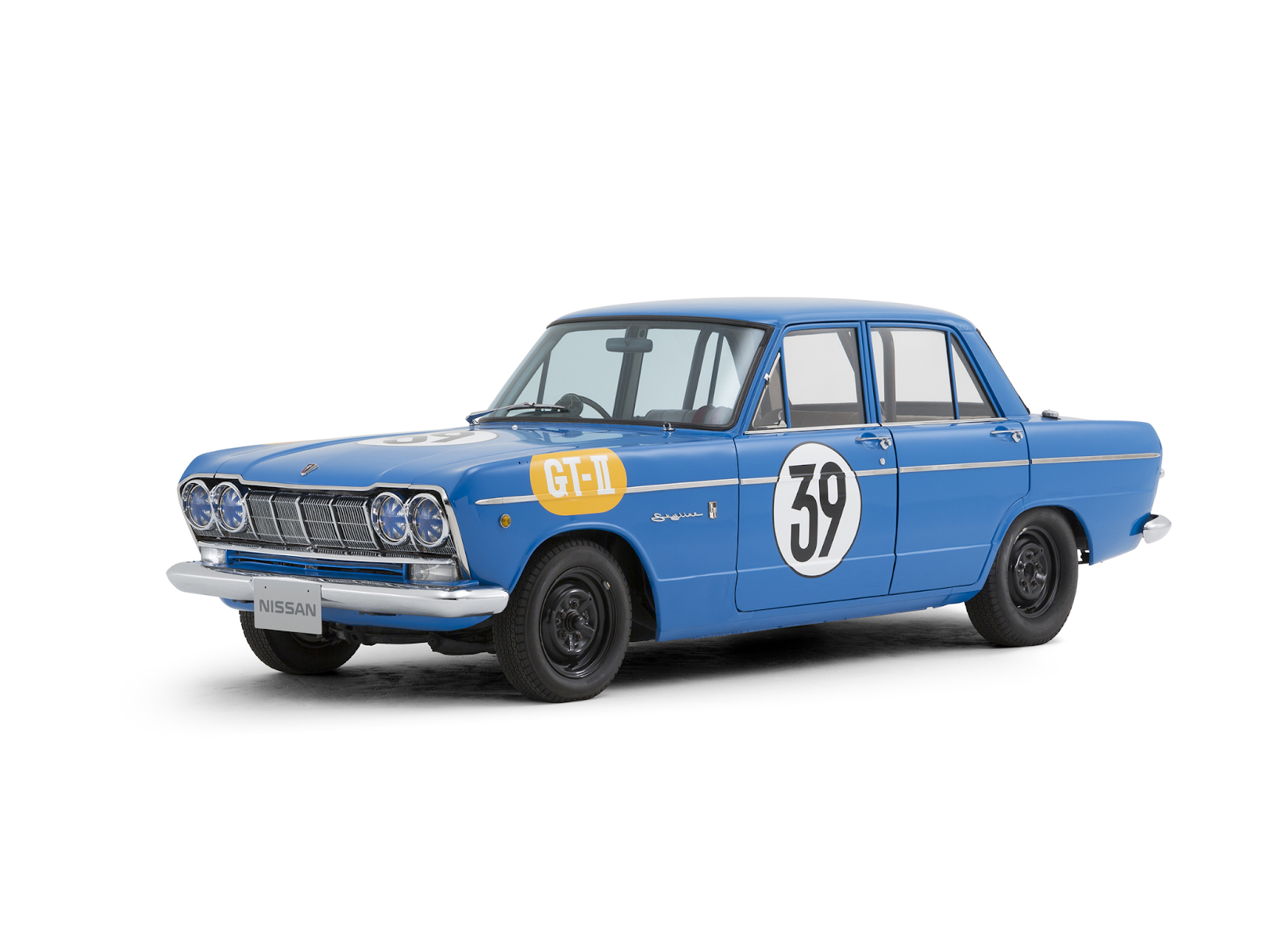 We’d argue that the GT-R is somewhat of a supercar pioneer; sporting technology that was revolutionary for the time and has been copied over and over again by other exotics ever since. Turns out, Nissan has been breaking the sports car mold with its unique brand of performance since the swinging ’60s!

Yes, the heritage and story of the Nissan GT-R have its roots back when Nissan-Datsun was just emerging as a car company after merging with the Prince Automobile Corporation in 1966. Prince had already been using the Skyline moniker on its sedans since the early 1950s, but in 1964, everything changed when Prince released the Skyline GT series to race in the upcoming Japanese Grand Prix at Suzuka.

The Skyline GT series took a formula as old as time and applied it to a sports car / grand tourer that, well, didn’t look all that racy. The Skyline GT was powered by a 2.0-litre G7 inline-6 engine that was stolen from the much larger and much more powerful Nissan Gloria sedan. It pushed out a stout 160 HP @ a screaming 7000 RPM and rolled in features like a fully – independent suspension, limited-slip differential, stiffened steering, and more. This thing was good. As in, nabbing 2nd and 6th behind purpose-built Porsche 904s good.

Nissan wanted a vehicle that was truly world-class, so they chose to go with European-style nomenclature when naming its now-infamous sports car. The very first GT-R (Gran Turismo Racing) was based on the Skyline coupe and built off the same concept as the Prince GT. A ripping I6 engine, rear-wheel drive, Nardi steering wheel, and stiffened suspension all combined for a vehicle that truly broke the mold for what a performance car could be.

Although it was well-loved by the motoring press, and enthusiasts alike, it was ultimately doomed by the oil crisis, and after only a few short years (1973) the GT-R sailed off into the sunset.

In 1989, Nissan decided to revive the Skyline GT-R name with the 8th generation (wow!) model dubbed the R32. For those that love JDM vehicles, anything that begins with “R” from Nissan is sure to start their hearts fluttering. Designed to compete and dominate Group A racing, this vehicle produced positively staggering numbers from its RB26DETT 2.6L I6 (276 Horsepower) and put power to the ground through an ATTESA E-TS all-wheel-drive system that electronically controlled the torque going to each wheel. Yes, in 1989, this car was rocking an electronically controlled all-wheel-drive system that is a direct descendant of the modern GT-R and countless other supercars as well.

The R33 and R34 generations (made famous in Fast & The Furious) continued to build on this concept, with ever crazier levels of power, grip, and all-out performance capability. These vehicles were often heavily modified and routinely dominated road courses the world over. Special note needs to be paid to the RB28DETT motor in these things because they can easily crest 1000 horsepower when properly tuned! Durable, fast, and subtle.

In 2002, the Skyline GT-R would die out again, and its replacement would drop the Skyline name altogether and simply be known as the GT-R.

The story here is best told through the numbers, so let’s take start here and then get into the details:

When the GT-R bowed in 2007, the motoring world was absolutely stunned.

Rather than copy traditional European sports cars, the GT-R rocked a Gundam-inspired look that was reflective of the Japanese culture, and totally unique. Underneath this new ostentatious bodywork was a revised version of the formula so lovingly crafted in previous versions of the GT-R: big, turbocharged six-cylinder engine, computer-controlled AWD, and grand touring coupe style. This GT-R would work in Nissan’s FM (Front Midship) layout that moved the engine low, and aft to give this monster (3800 pounds) the weight distribution it needs to be light on its feet, while still providing ample grip.

What all this amounts to is a car with absolutely staggering performance, rocking some technology we simply take for granted today, such as:

Review, after review, says it best: the GT-R is simply unflappable out on the road due to its computer-controlled all-wheel-drive system, and ample, torque-rich powerplant. Shifts from the dual-clutch are rifle bolt quick and provide a sort of restrained brutality at the limit that only the best performance cars in the world can match. All this while remaining one of the fastest vehicles for the price, with one of the largest and most roomy interiors of any sports car.

We’re still talking about the GT-R like it’s new, but the reality is it’s not. Yes, it did whip the tail of the 911 Turbo back in 2007 with a (record for the time) run of 7:38 at the Nürburgring Nordschleife but what about today? Well, the GT-R is still an absolute maniac because that original product was just so damn good and took so well to upgrades, and power additions over the years.

Here are a few of the highlights over the GT-R’s 14-year career:

How can anyone argue with a vehicle that puts down power, handles, and brutally assaults the senses as the GT-R Does?

We simply love the power, precision, and brutality of the Nissan GT-R.

If you’re an automotive enthusiast like us, you owe yourself a drive with this incredible machine in its proper environment and the team at Xtreme Xperience can make it happen. Buckle up, wipe the sweat off your brow, and hang on for dear life because this is going to be amazing! We’re bringing Godzilla to a track near you soon, so come out and join us if you dare tame this monster from the deep!