You got this. Just change the oil when my car says to or when the sticker says to and all will be right in the world. Right?

For most people, this is exactly what they think of when they think of changing their oil. In fact, the term “oil” definitely carries a ton of connotations and meanings to both the motoring public and non-gearheads alike. To some, it’s just something you need to do every X, XXX number of miles because their dad, their dealership, and the internet told them to do it. Then there are those that see engine oil for what it is; the lifeblood of their car’s engine and a crucial part of long-term longevity, even under the most raucous or hardcore of conditions.

At Xtreme Xperience, our passion for giving the thrill of driving an exotic car around a racetrack to all kinds of people moves us every single day. Part of giving this experience to our raving fans is maintaining a fleet of cars that happens to be a far cry from what most people take to work in the morning. These high-performance machines require a high-performance engine oil and that’s exactly why we’ve partnered with Total Lubricants; the worldwide leader in high-performance lubrication.

We know you may not daily an exotic car but here’s the thing; No matter what you drive, quality engine oil matters, and at Xtreme Xperience, we want you to be in the know:

What Is Oil Anyways?

Believe it or not, your commuter car, family SUV or minivan actually happens to have more in common with exotic cars like Ferrari’s, McLarens, and Lamborghinis than you can think. Sure, your minivan may not be packing a twin-turbocharged V-8 (and if it is, hit us up, we want to see some photos!) but the importance of engine oil does not remain with exotic cars alone. So what gives? What we now know as engine oil is really a thoroughly thought-out creation that is essentially the brainchild of chemists and automotive engineers.

Today, there are two types of oils out there: regular (crude-based) and synthetic (man-made) and a litany of different oil “weights” and viscosity ratings that exist depending on the type of vehicle the oil is going into (more on that below) and the role of the vehicle. At its core, engine oil’s job is to lubricate the moving parts of your vehicle’s internal combustion engine to minimize friction, which is the enemy in any engine. Friction produces heat and heat breaks everything down.

This is where oil comes in. Not only does it leave a slippery surface (reducing friction) on the surface of metal parts but it also transfers the heat produced from engine friction into the oil itself.  Engine oil is pumped through your engine via a sump (basically a pump) where it is cooled by air as it passes on through. This process repeats thousands and thousands of times a minute. Over time, the oil begins to break down and lose its ability to retain heat and properly lubricate – leading to the need for an oil change.

This is exactly why we don’t just run ANY oil in our fleet and rely on Total Lubricants to get it done. In the old days, oil was a crude product, meaning it had a crude oil base. Yes, the kind you saw springing up from the ground in the Beverly Hillbillies introduction you watched when you were home, sick from school as a kid. As far back as 1929, chemical companies began to experiment with man-made chemicals that could mimic the lubricating qualities of crude oil-based products, while mixing in additives that brought additional benefits to the party. Although the base of synthetic oil is typically a secret, it is widely believed that these products are distilled from crude oil, and are essentially created by breaking down the components of crude oil and carefully selecting the components that are beneficial for ultimate lubrication.

Synthetic oil used to be only for the most high-demand applications like, you know, jet engines and spacecraft. Over time, as the technology got cheaper, automotive manufacturers were looking for ways to meet the performance demands of modern exotic cars and modern fuel-efficient cars as well. Why? Conventional oils are by comparison to synthetic oils, heavy, and viscous (thick) which are not beneficial to a modern, high-performance engine due to the additional force required to move the oil and modern engine components. Think of it like walking through mud. Synthetic oil, by comparison, is extremely light, and thin while still providing ample protection.

If you look under conventional oil in a microscope, you’ll see molecules of all different shapes and sizes. By comparison, synthetic oil will show universally sized and shaped molecules. Molecules that were carefully selected from crude oil specifically for their lubrication, friction-reducing, and heat transfer qualities.

What’s this mean for you? Here’s a shortlist of the advantages of synthetic oil: 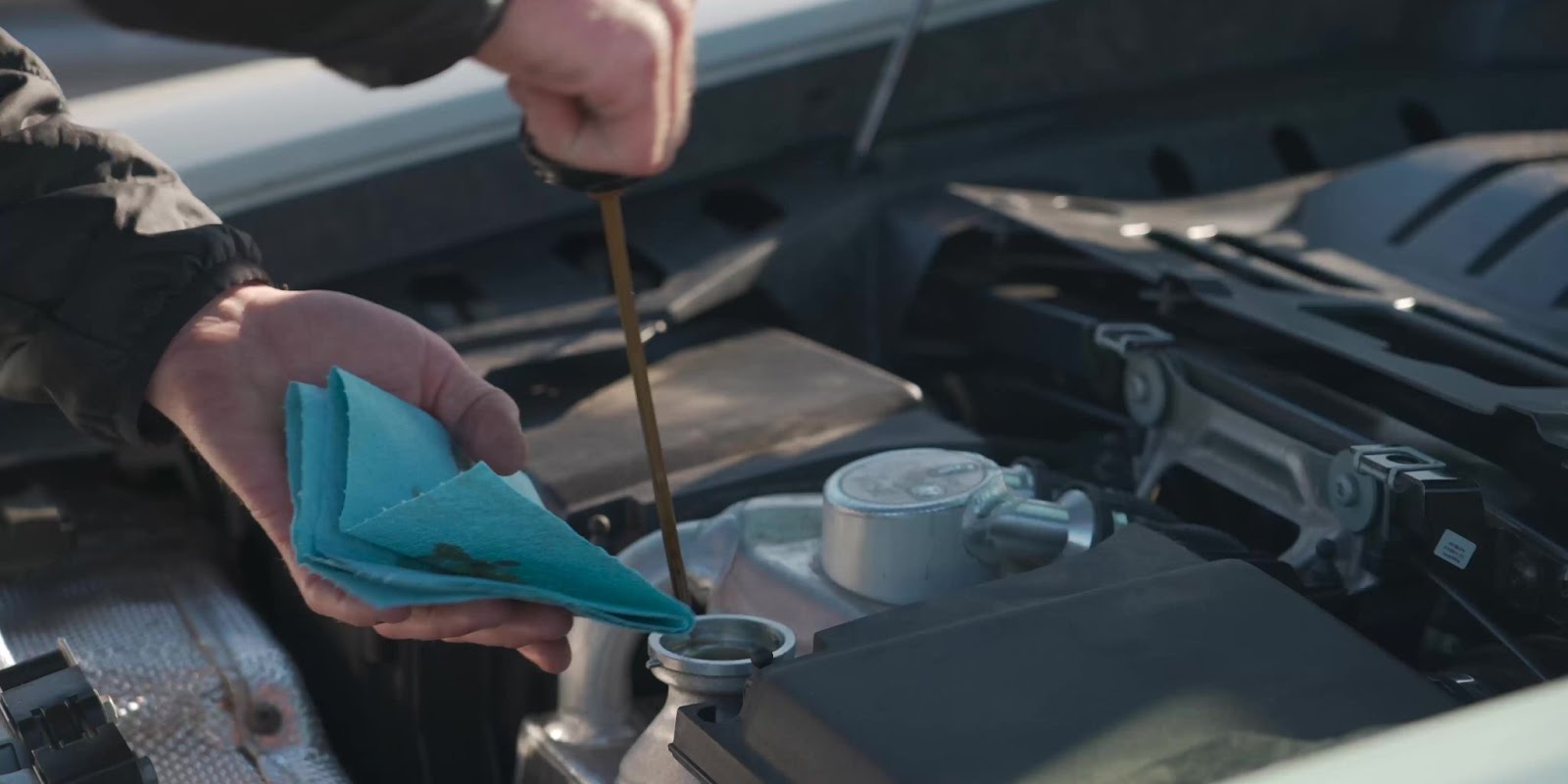 Choosing The Best Lubricant For Your Car

When it comes right down to it, choosing the best lubricant for your car comes down to a number of factors:

This may seem like a no-brainer but the first place you should look when choosing the best oil for your car is your owner’s manual. The engineers who built and designed your vehicle specifically designed a certain type of oil for your engine. For example, 5W-30. We’re not going to get into the ultra – specifics of what these numbers mean but just know, you never stray from the manufacturer’s oil recommendations. Ever.

Manufacturers like Total create specific formulations of oil for cars with higher mileage. These oils contain specific additives that are designed to help condition older engine’s seals and detergents to wash away old gunk. 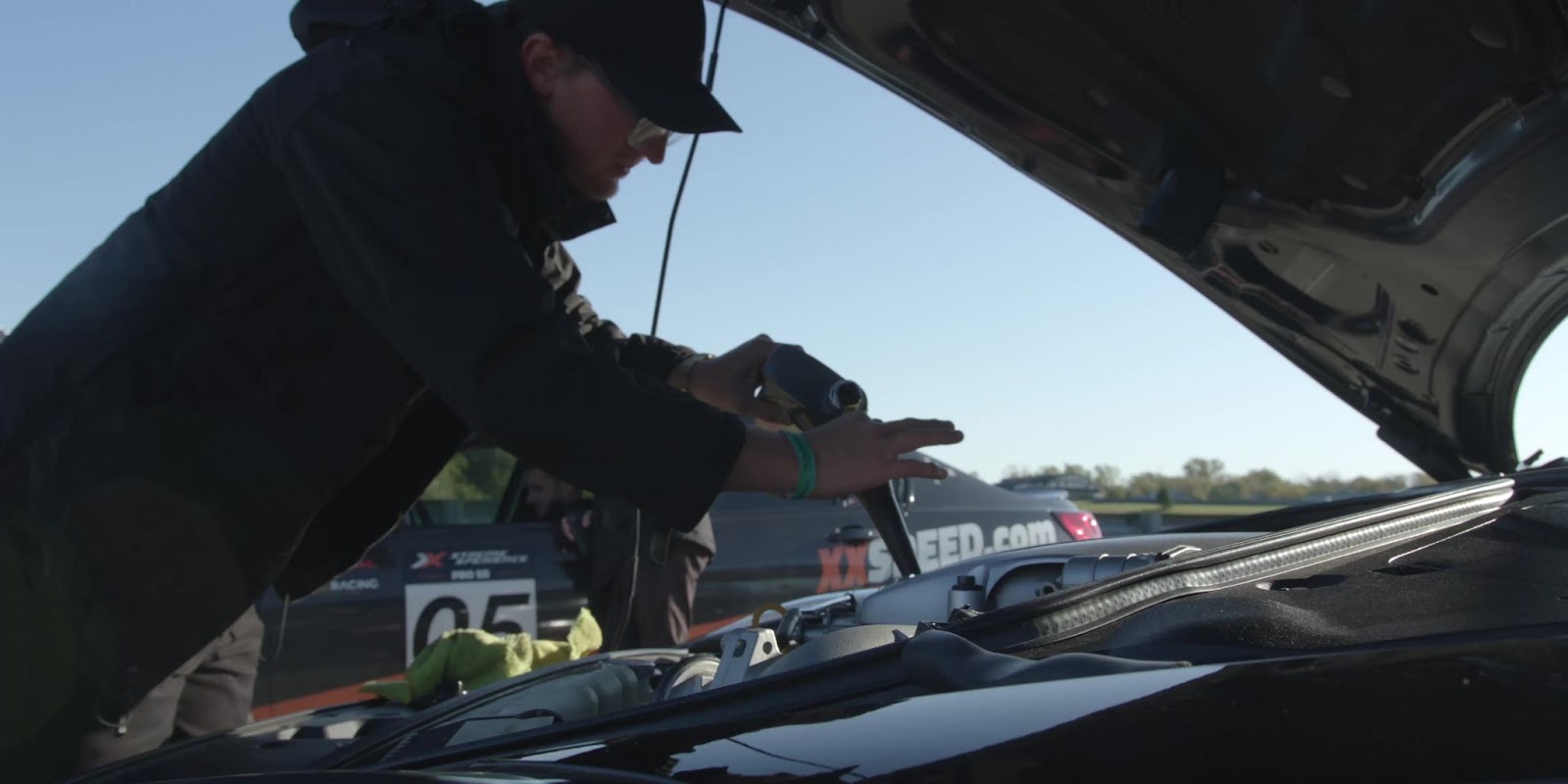 Whether you’re looking for an oil that’s designed for fuel economy or oil that’s specifically formulated for high-performance applications, a quality synthetic will be able to hit these measures with ease.

What Happens If You Run Low-Quality Oil?

Sludge. The photo above shows exactly what happens when you run low-quality engine oil in your car over a long period of time. Sludge is formed from a series of chemical reactions within your engine that is due to low-quality oil being broken down by heat and oxygen. This that behind a nasty, thick goo that can gum up modern engines. If this engine had run a quality oil, changed at proper intervals, the oil itself would contain detergents and other additives that would prevent oil sludge from forming within the engine and this sludge would be flushed out during each oil change.

Running a low-quality oil is never a good idea because it can lead to damage within your engine that will cost you tenfold in the long run. Your vehicle is a long-term investment that should give you many, many years of solid usage, and running an inferior oil with low wear characteristics and a high susceptibility to break down will not fulfill that goal. Especially when you’re running it as hard as we do at events all over the country! 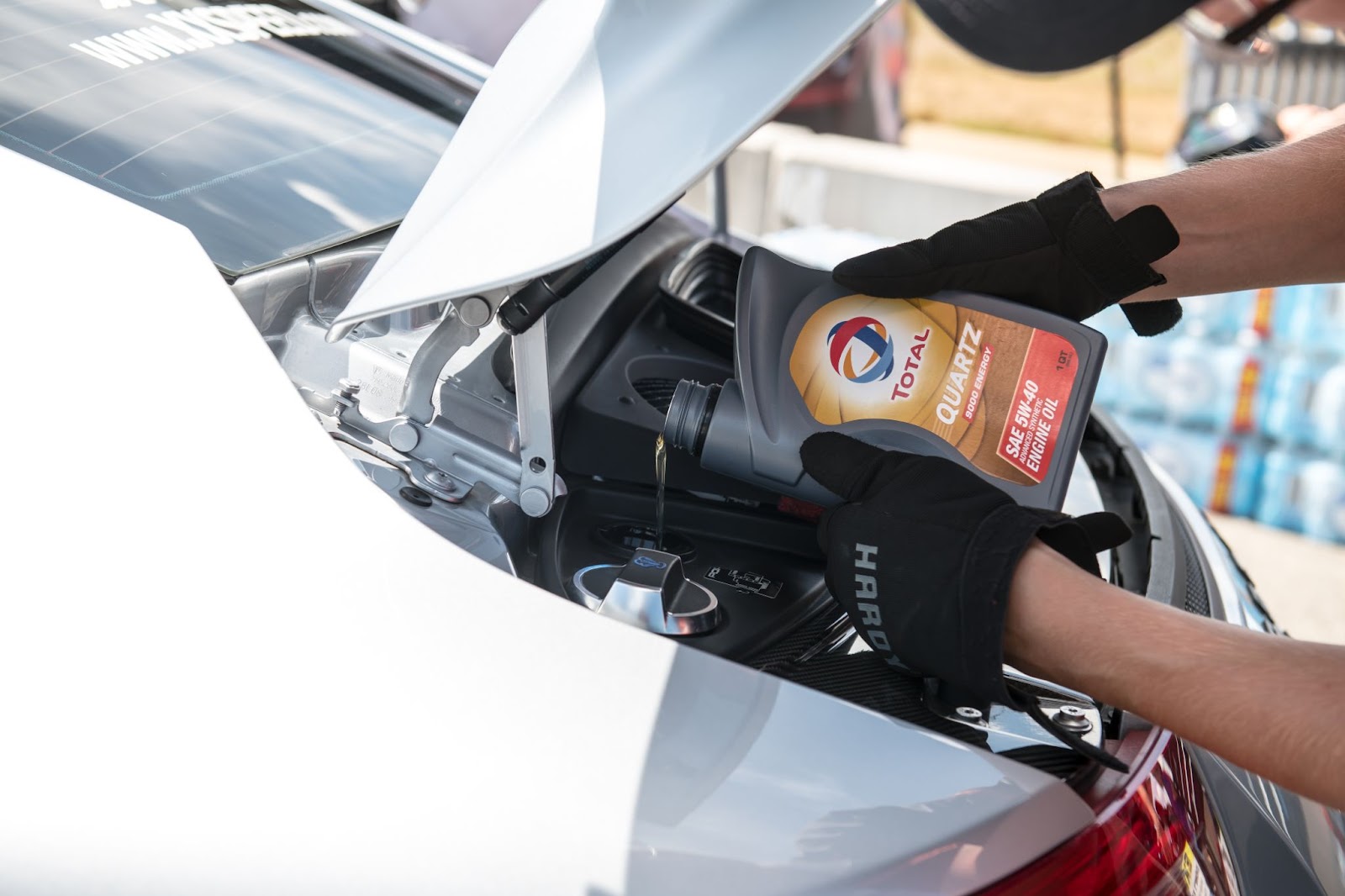 Oil Runs In Our Blood

From the technicians that keep our cars running at peak performance to the driving instructors who are just that good at pushing drivers just a little harder; at Xtreme Xperience, we’ve all got just a little oil in our blood. Our goal of bringing premier driving experiences to fans all over the country would not be possible if weren’t for world-class partners like Total Lubricants. We’re not just any driving Xperience and Total isn’t just any oil, and together we’re bringing the thrill of driving an exotic car to a track near you soon!